Learning to cook a plant based diet

I meant to take pictures of all my meals yesterday and share them. However I forgot to take a picture of my huge salad for dinner. I will take one tonight. I want to be accountable to myself by keeping track of my food. I also want a log of what I am eating to keep track so I know if I have to tweak something by looking back at my meals. I will be starting a new category for the daily food, but today I am posting in my main plant based category. All new blog posts show up on the front page but are then put in categories.

I actually love preparing food on a plant based eating plan. I love the simple foods , the colors, the freshness. The main thing that would pull me off was time. Not budgeting time to get meals prepped. I prefer to batch cook for a few days at a time. Beans of some kind, potatoes , sweet potatoes , rice, some veggies, just makes it so much easier.

I am not just changing my eating plan, I am rearranging  my lifestyle right now. I currently have a beading YouTube channel and that was taking up a lot of time. I had considered doing a channel about plant based, but decided for now, blogging would be better. I just do not want to put in the time that it takes to make videos. I am taking a break from my channel as I cannot do it all and the diet  has to take first place. I will do a video and let people know that I may do some beading blog posts on the blog for the channel, but no new videos for a while. I am one of those people who has to keep one main focus. I am not good at dividing myself over many things. Health and good eating have to come first. Let alone housework and I do list some things on Ebay and Etsy. Making videos right now is just not happening . It will in time, but I need a break to get well established on my cooking routines.Our health has to come before anything else right now. Well, it always should, and will , but I think you understand what I am saying.

Both yesterday and today were exactly the same. Old Fashioned oats, cooked in the microwave and then I put a cup of blueberries and a few chopped strawberries on top with a bit of pure stevia powder. Then I mix them up !! This picture is from yesterday, but todays looked pretty much the same !!!

Lunch yesterday was canned fat free refried,organic black beans, say that four times, lol,  with four baked tostadas, which was before we decided last night to not eat any processed grains, so no more of those for at least a few weeks. I also ate an avocado , which we will also be avoiding because of the fat. I have one more small one left that was not ripe yet, once that one is gone, I will not buy anymore for the time being. The cup is some salsa from our last unhealthy Mexican meal to go we got over the weekend.Bought knowing it was our  last meal not on plan.  It was fajitas with rice and beans.  That will not happen again. That has to be in the past. We can have veggie only fajitas now, but even those are on hold as we are not eating any kind of tortilla. 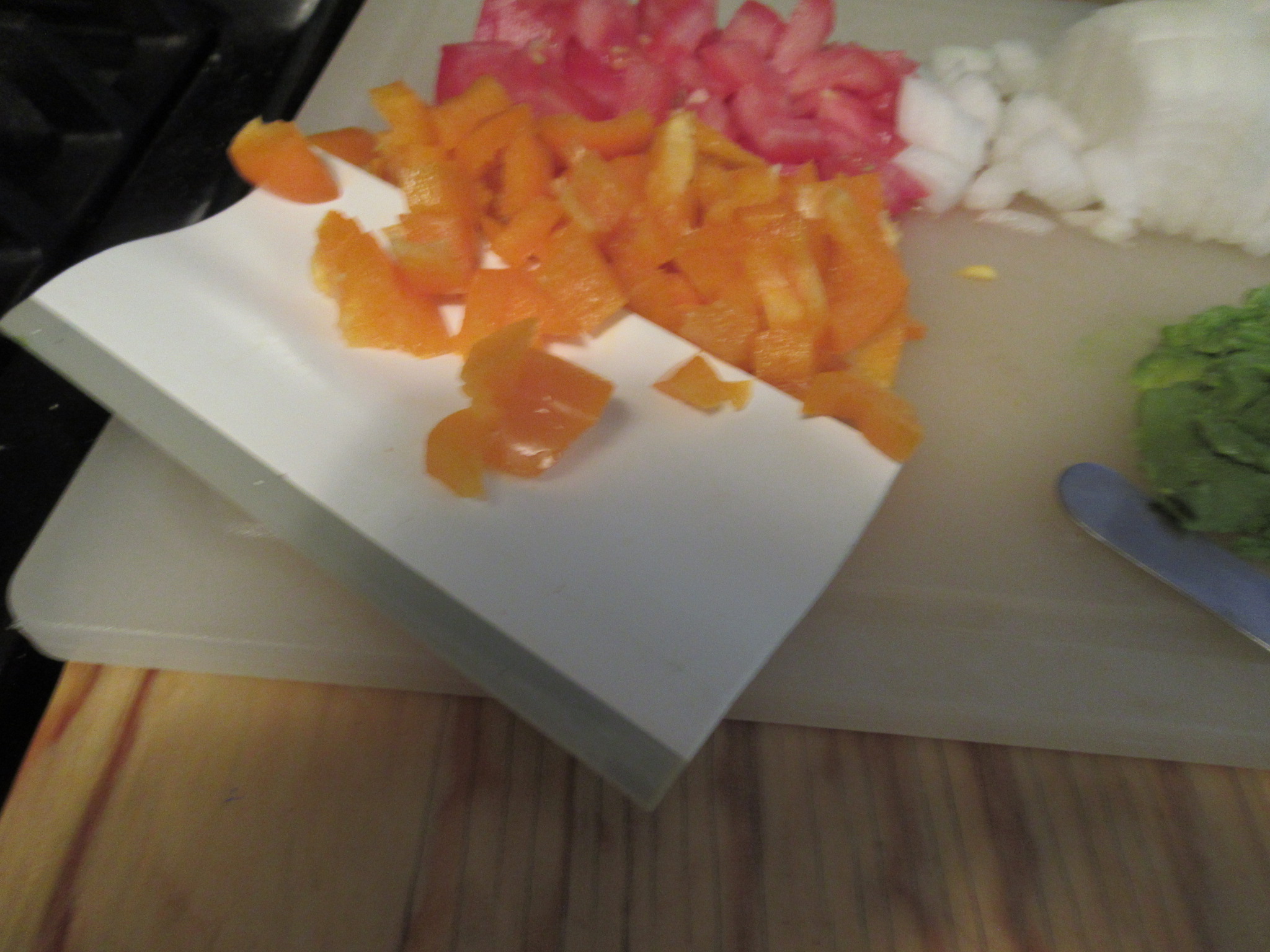 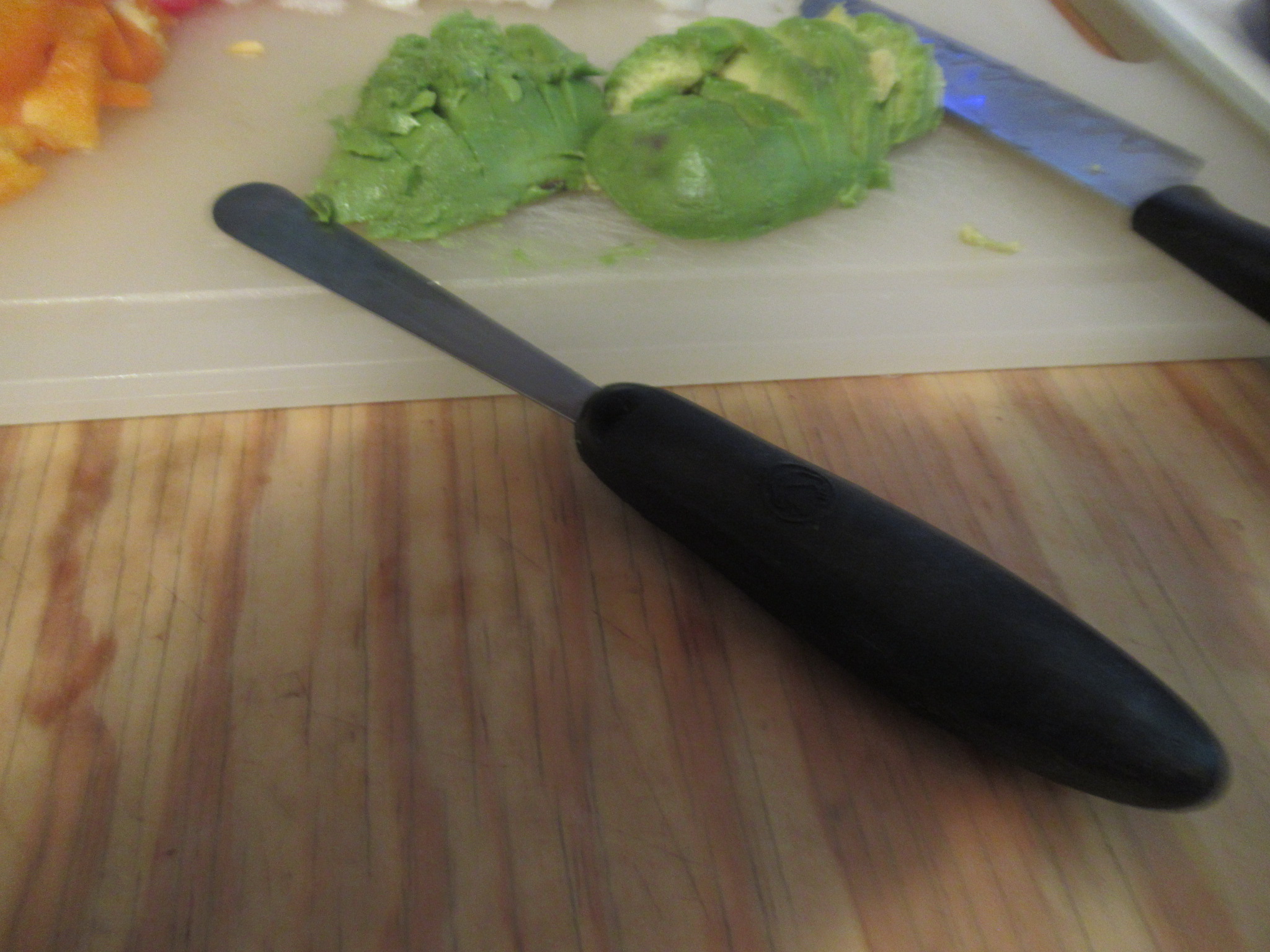 For dinner I made us absolutely HUGE salads. I was running late and forgot to take pictures. Since we will be having the same thing every night I will be able to show you tonights salad . It will be basically the same as last nights.

Very large bowl of lettuce, half a peeled ( we both hate the bitterness of cucumber peel)  and chopped cucumber, half a large tomato, some onion , a can of drained and rinsed garbanzo beans, and some fat free vegan dressing. I will show the dressing with tonights pictures. it is not one I will buy again, not the healthiest, but not awful either, but I had it and will finish it, and then will start finding homemade recipes to make.

After lunch I did have a small apple for a snack. this is one of those custard cups, it is a very small child size apple.

Today I had my oats again, then for lunch I had some really great refried beans that are dehydrated, I saw Mary McDougall , wife of Dr John McDougall, the doctor whose plan we are following, the Starch Solution, talk about these refried beans. They are wonderful and I always have a few bags put away. I get them on Amazon for around 28 bucks for three bags. That may sound pricey but they have only pinto beans in them, nothing else. You can find a cheaper, smaller bag at the grocery store, and when Amazon was out of stock, I ordered a couple of the smaller bags curbside from Walmart. That is the bottom picture. This is the one Mary McDougall buys, the culinary version. Which basicly means with no added spices or flavors so you can add your own.

I do believe the small bag is the same, so maybe the size of the bag makes the big one culinary. I am going by what Mary said. Not sure. But it is the same company.

here are the dried beans. I make  them the old fashioned way, a tea pot. I boil the water and then put the water , measured , of course , over the dried beans. Equal measure, 1 cup beans to 1 cup water although I find I usually have to add a bit more water. 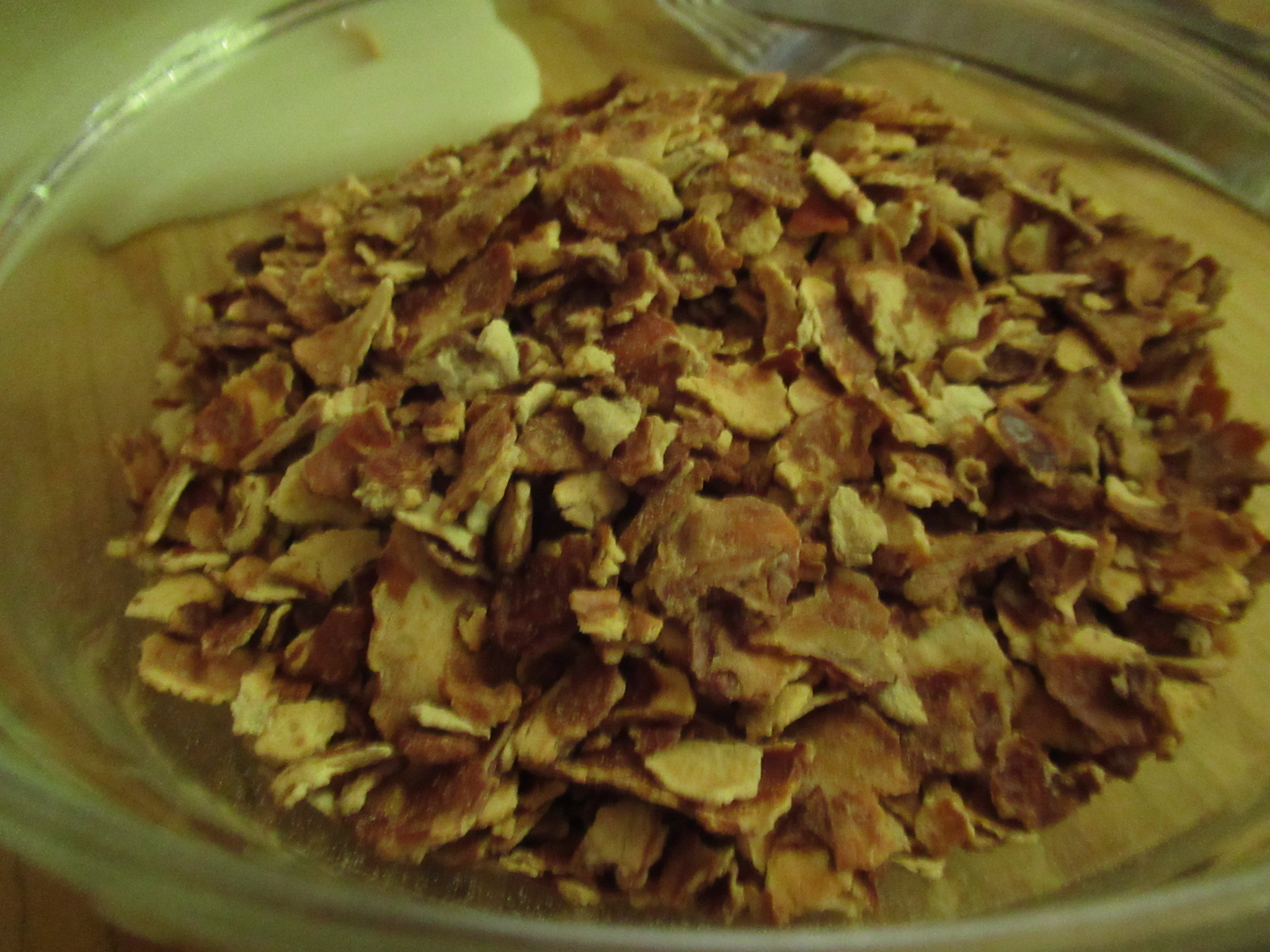 Really quick and easy. I just ordered my third set of three bags . They have been sold out since the start of the year, and I checked as I was writing this post and they had 19 of them in stock, so I ordered one. One order is three bags. They do have a different flavor from canned fat free and a different texture. When I am in the mood, I use an emersion mixer to make them smoother and it does give them a better texture. I will have to start doing that again. It has been a while since I made them so until just now, I forgot !!!

I made a rice cooker pot of brown rice , cooked up a few cups of the refried beans, for my lunch and to make my husbands work lunch for tomorrow and there is still enough for my lunch tomorrow as well. Maybe even his lunch for Saturday. 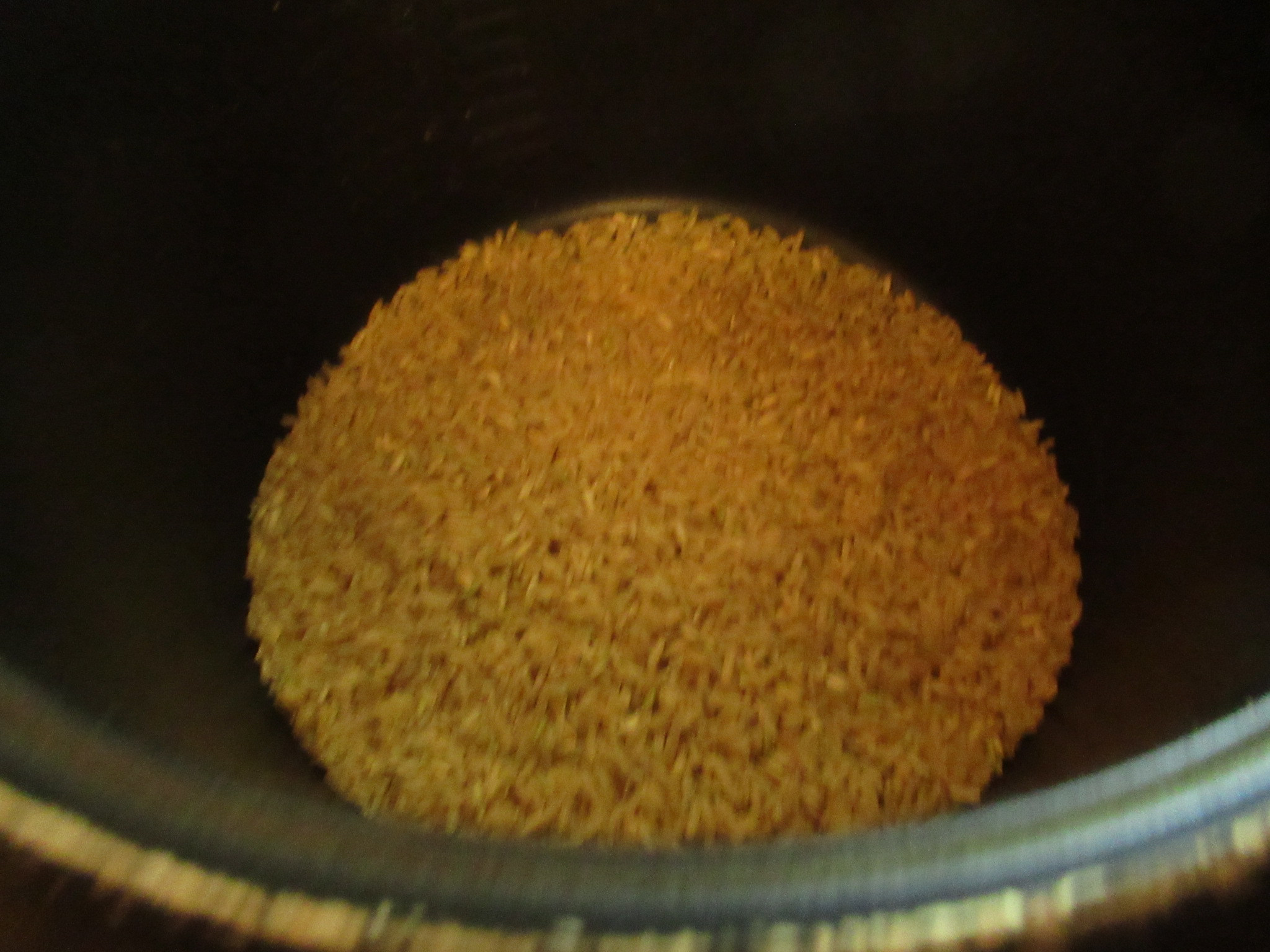 But forgot to take an after picture of the pot of rice !!! It really does take time to get used to taking pictures of each step. The rice cooker takes a while for the brown rice. I had forgotten by the time it was done !!!

I added some of my homemade taco seasoning to the beans. I will do a post showing how I make it when I do the next batch. 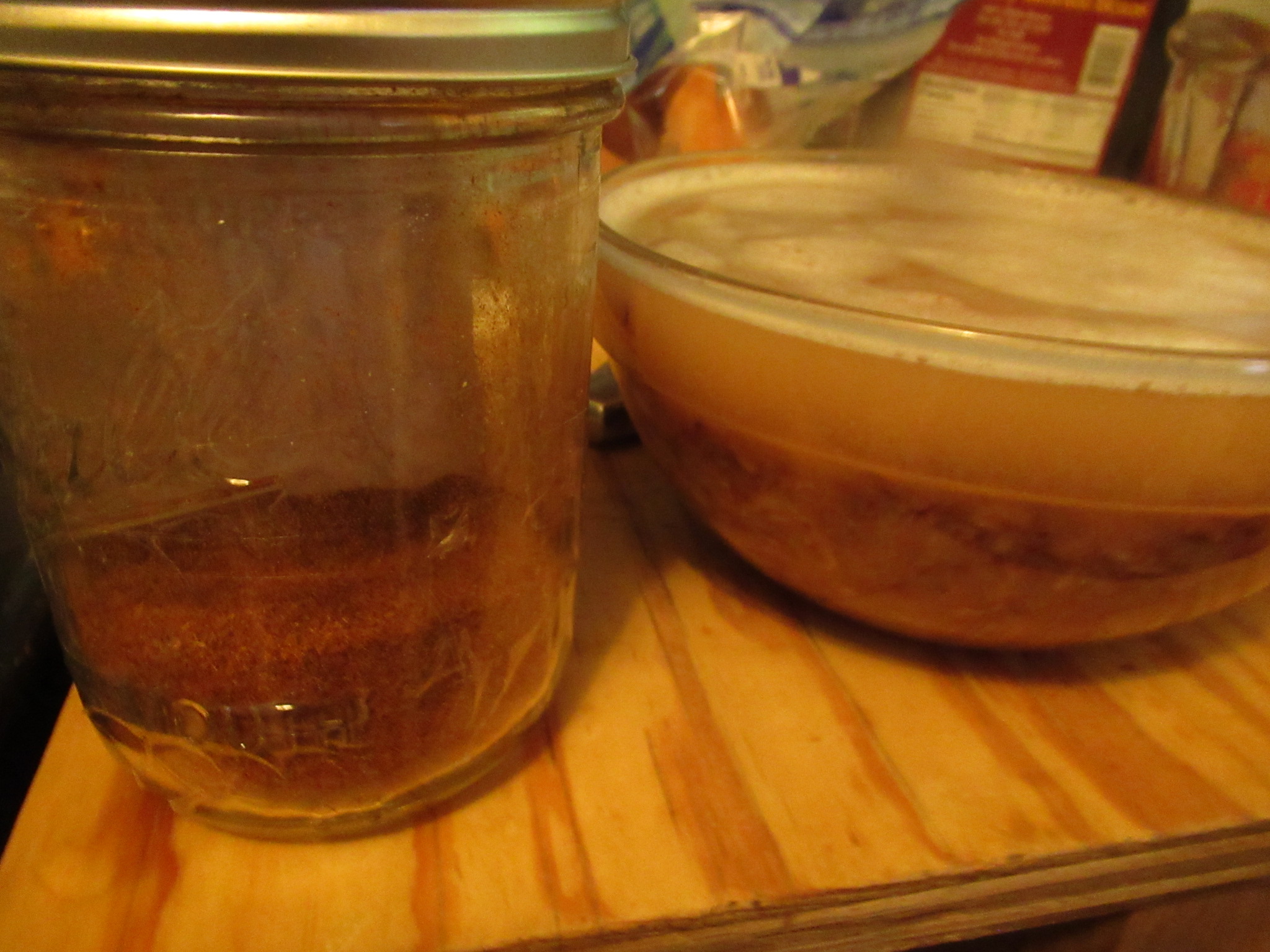 , put them on some brown rice and chopped up some bell pepper, onion , and tomato to put on top. No tortillas, just a spoon, and it was wonderful. I put a chunk of sweet potato I had cooked in the microwave on the side and it was a wonderful lunch !!! The beans are not runny , although they look so in the photo. Sometimes I will make them a bit thinner to put over rice, but not today. I had put it in the microwave and  heated the beans up as they were cold by the time the rice was done. I think that is why it looks runny !!

Mixed it all together, except for the sweet potato

A wonderful and extremely filling meal !!

On top of this, I made some chick peas,and  cooked sweet potatoes in the microwave. I will show that in tomorrows post when I show the salad as well.

Thanks so much for stopping by !!